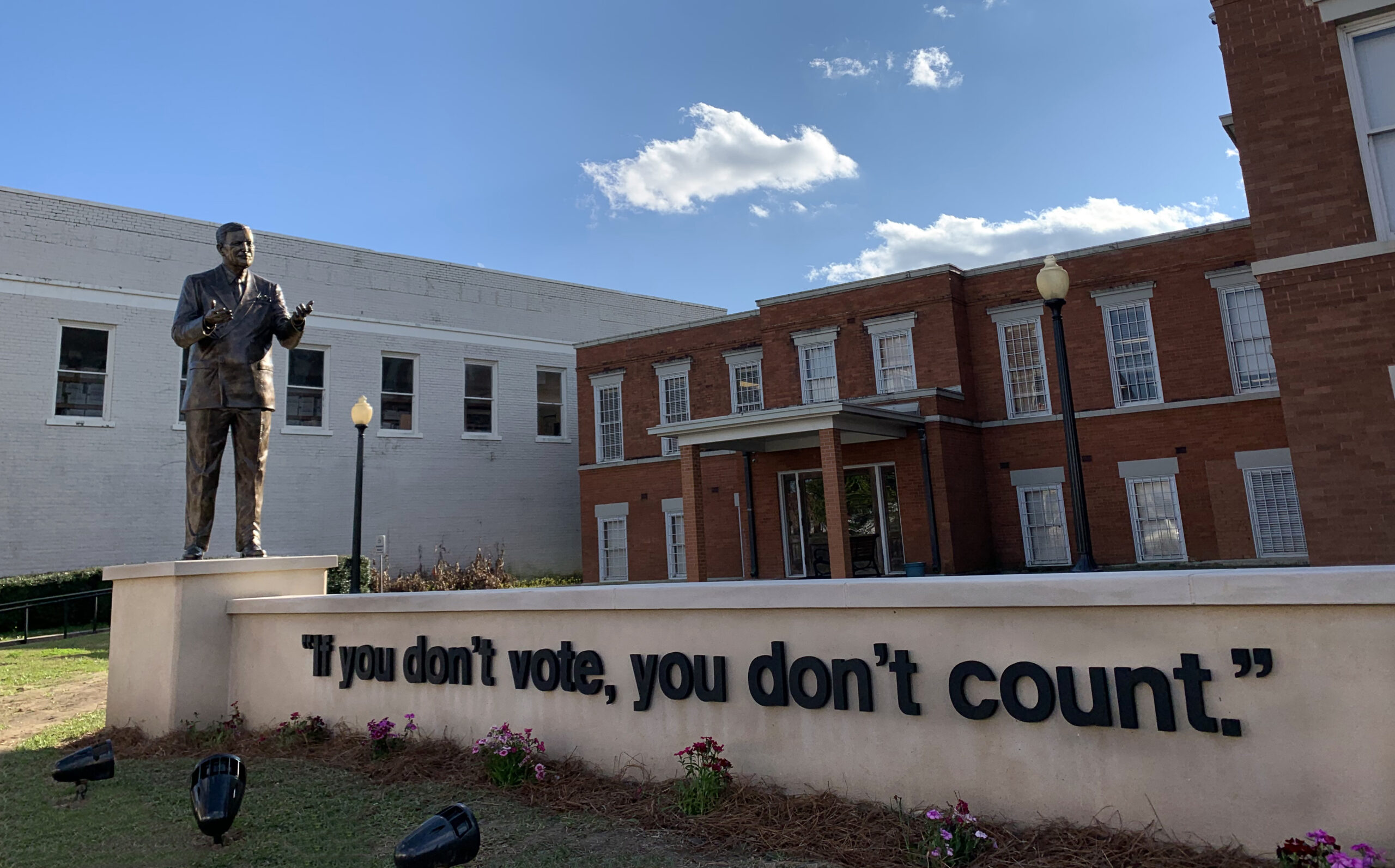 Listen to Audio Tour
Next: Stop 10

Dahmer, a well-respected leader in the community, ran a successful family-owned grocery store, served twice as president of the local NAACP chapter, fought for civil rights for African Americans, led voter registration drives, and publicly offered to pay poll taxes for anyone who wanted to register to vote but could not afford to.

Dahmer and his wife, Ellie, had been receiving death threats for their efforts on voter registration. The night of Jan. 10, 1966, they awoke to the sound of shotgun blasts and breaking windows, where open containers of gasoline were being thrown into their home. The house erupted in flames. Ellie and the couple’s children escaped while Dahmer defended the home, but he was severely burned and later died in a hospital.

Finally, in 1998, the state of Mississippi received new evidence to convict the Ku Klux Klan leader responsible for ordering Dahmer’s death and the assault on his family. That trial took place where we stand today at the Forrest County Courthouse.

Vernon F. Dahmer, Sr. is remembered for his leadership, and the Dahmer family continues to honor his legacy through community involvement and activism.

Ellie Dahmer is Vernon’s wife. She recalls life with Vernon, describes their home, and reflects on the night he died after their home was firebombed on January 10, 1966 on the audio tour.