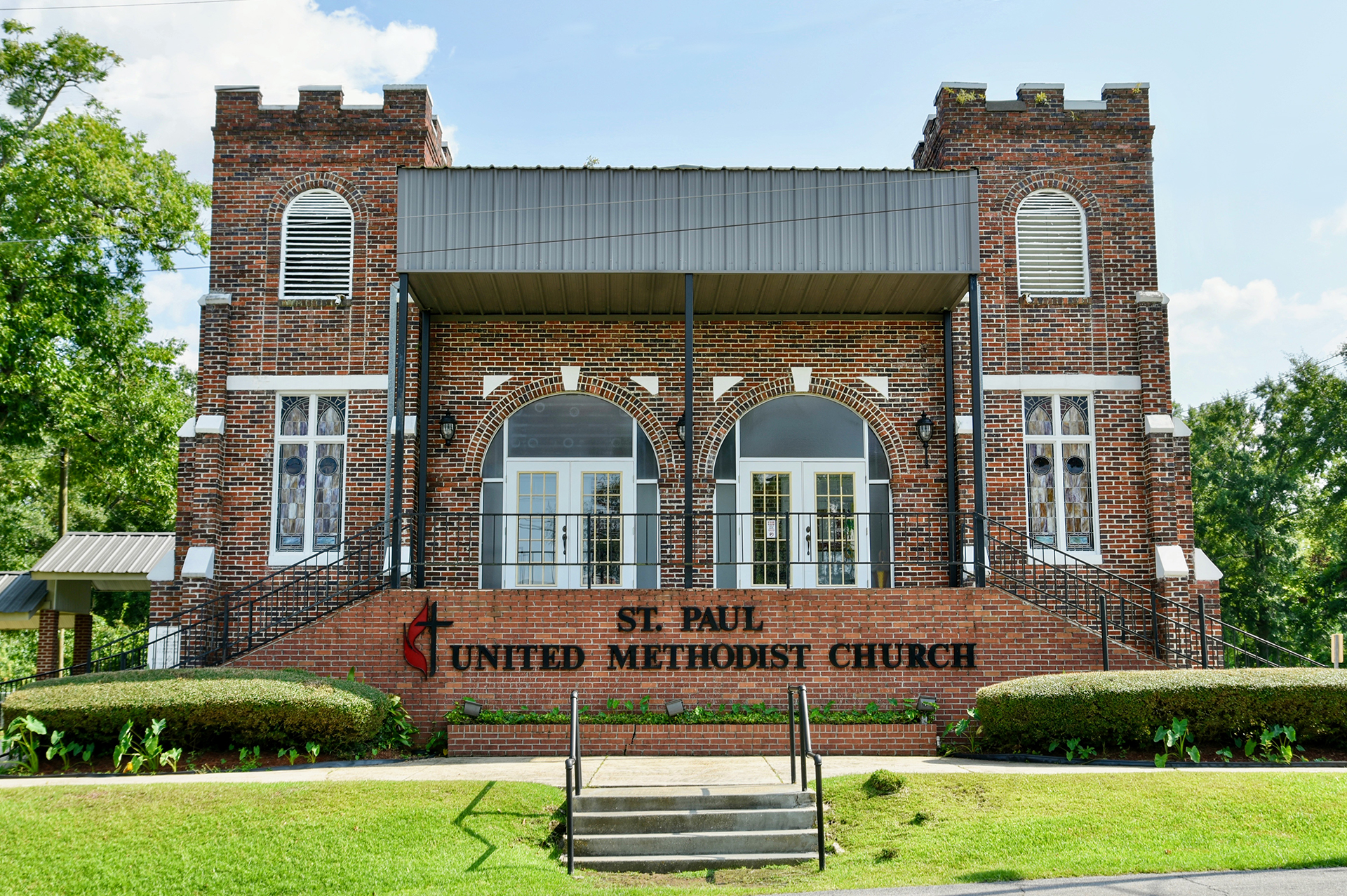 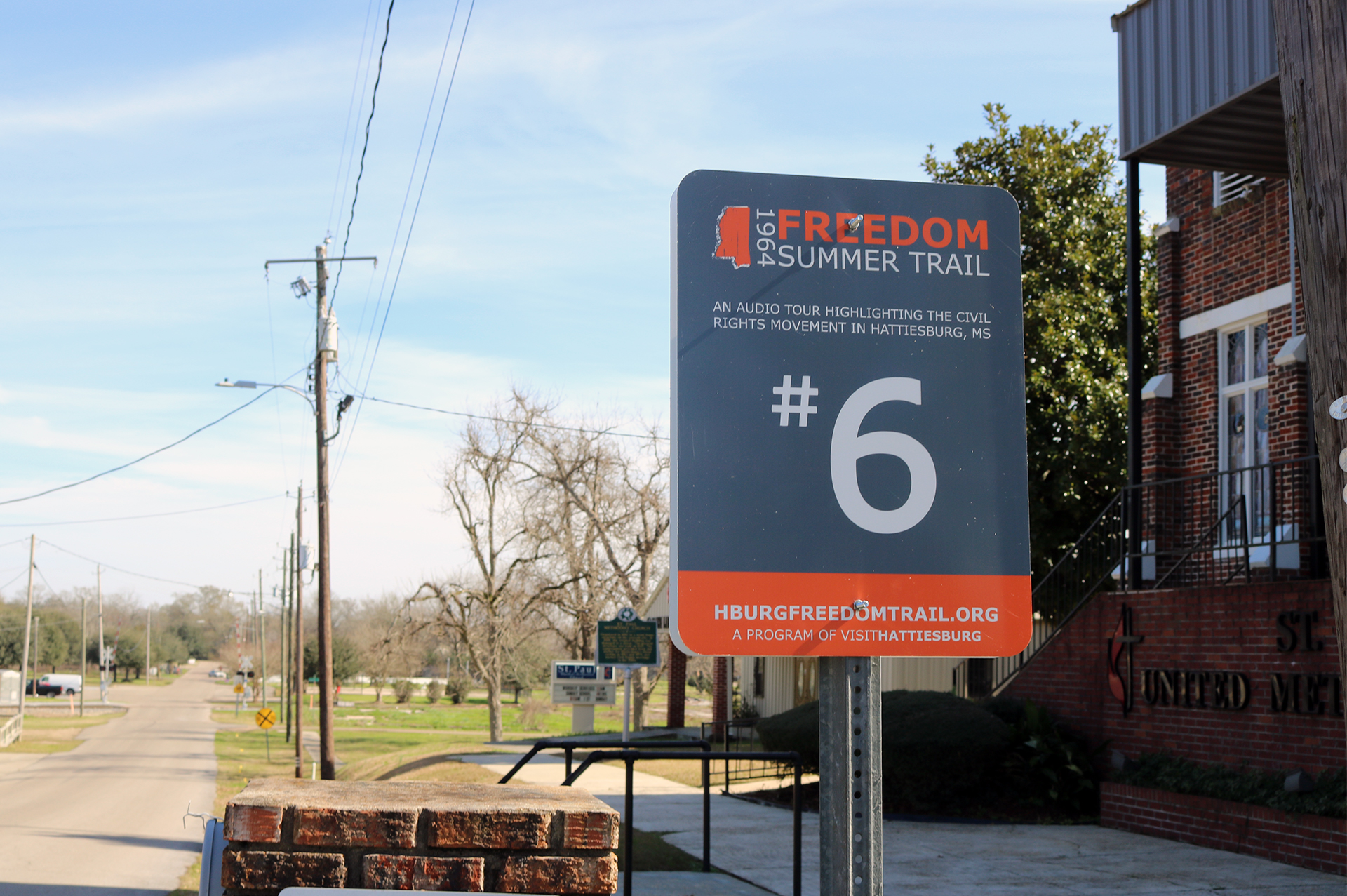 One of the few churches in the Mobile-Bouie area that has remained in its original location, St. Paul United Methodist Church was a mass assembly site and Freedom School under the direction of Pastor Reverend E.E. Grinnett.

St. Paul’s was the launching point for “Freedom Day” on January 22, 1964. Council of Federate Organizations (COFO) meetings were held to organize the event and compare it to other campaigns happening across the south, specifically in Mississippi. Freedom Day was meant to defy the “rules” that had been enacted by registering as many African-American voters in a single day as possible. Documents from COFO’s meeting held days before state, “Freedom Day will symbolize our resistance… Freedom registration is the natural outcome of the Hattiesburg confrontation. If state can’t register Negroes; if federal [government] can’t; then we’ll change the standards and register them ourselves.”

The brick structure has served as a cornerstone for the surrounding community for decades.