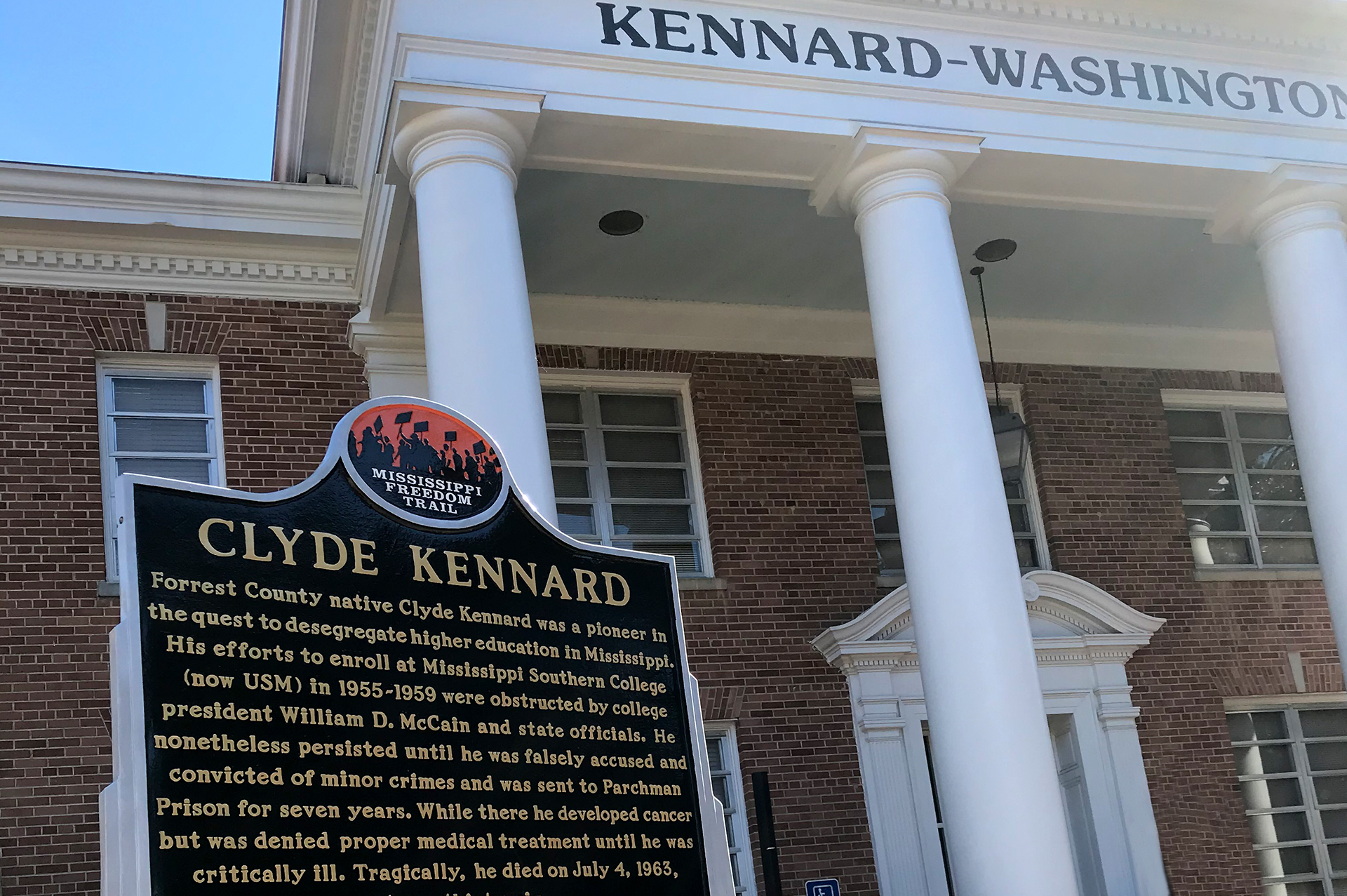 Unveiled in February 2018, this Mississippi Freedom Trail marker memorializes Clyde Kennard, who was the first African-American student to apply for admission to the University of Southern Mississippi. He was denied not once but twice in both 1955 and 1959.

Kennard was arrested in 1960 and sentenced to seven years in prison. He was diagnosed with cancer in 1962 and denied treatment until the NAACP and Dr. Martin Luther King, Jr. demanded his release. He died in 1963. Further investigations showed that Kennard had been framed, and years later in May 2006, the Forrest County Circuit Court exonerated him.

The building was dedicated in 1993 as Kennard-Washington Hall and not only honors Kennard but also Walter Washington, who was the first African American to receive a doctorate from the university.