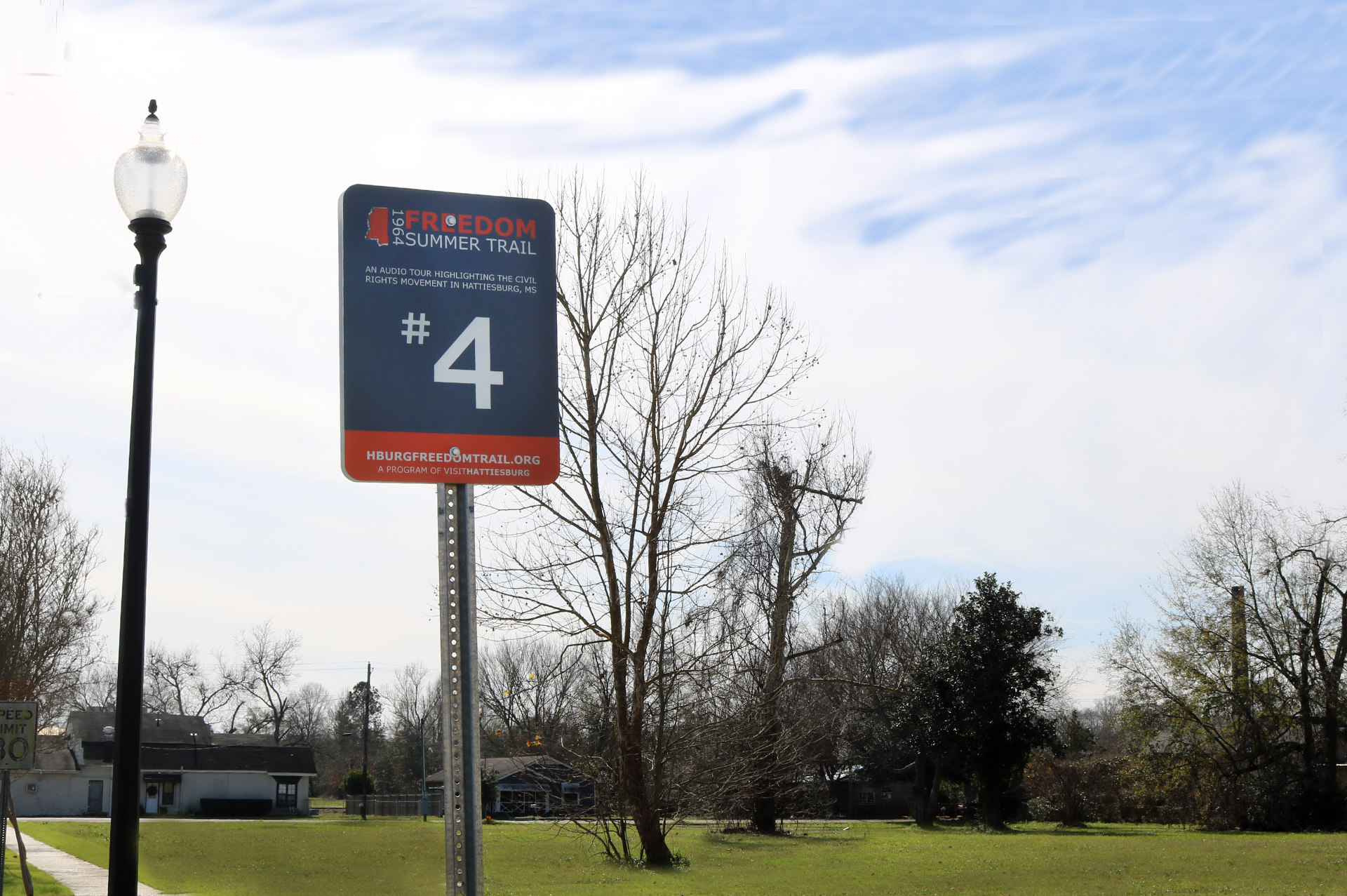 The Masonic Lodge was destroyed years ago. It is now a large empty lot across the street from the Eureka School Museum.

Raylawni Branch is a Hattiesburg native a local civil rights activist. She was one of the first African Americans to attend The University of Southern Mississippi. She served as secretary of her local chapter of the NAACP; was a member of the Council for Federated Organizations, Student Nonviolent Coordinating Committee, and Southern Christian Leadership Conference, in addition to attending the March on Washington. She was the first African American to be hired at the Big Yank factory and the telephone company to a position other than that of housekeeping personnel. She helped integrate the Greyhound and Trailway bus stations.

NOTE: The Masonic Lodge is the last stop in Hattiesburg’s museum district. Before heading to the next landmark on the trail, visit one of these free stops: